Hell, yes. I’ve done it. What a spectacular experience.

1. The Game gets decided upfront.
No question, you have to deliver on Race-Day. But whether it turns out to be a smooth success or rather a painful failure is an issue that you hardly can influence during the final run. You do need to have a training foundation, which is, ideally, as solid as cement. In terms of my Marathon preparation this meant: don’t back down on the hard long runs (32km, weekly), try to feel comfortable with the race-pace (5:39min/km) and figure out the best circumstances for enfolding one’s whole potential – like shoes (mine: Asics Gel-Cumulus), nutrition (mine: Power-Gels + Spezi) and things that make your efforts as enjoyable as possible (for me: listening to Podcasts)  It’s not the goal itself that makes your dream come true, but the habits you’re following relentlessly on this path.

2. Everybody has a plan until he gets punched in the face.
From my point of view, I almost had a perfect prep-time, since I started to ramp-up my efforts around mid-May. But, after I quick evening-run round about 3,5 weeks before the race, I felt a very uncomfortable pain in my left knee. And as I didn’t want to risk any bigger injuries, I decided to pause, hoping it might cure again in the next couple of days. And it did get better, but not substantially, which made the situation very complex. Better still wait and miss even more training sessions or rather step in again and risk any further issues? In the end, almost two weeks later, I got some Kinesio-Tapes from an orthopedist, which really made a difference. It was not 100% perfect yet, but sufficient to step into running again (and finally, also run the marathon). Hence, what I’ve really taken away from these moments of disorder is that there is – like probably for most complicated stuff in life – no way around than keeping calm and listing to your body. As a result, I’ve only had four more rather smooth running activities, switched one long-run for a 2h bike ride and skipped my last running session on Saturday as I’ve already done lots of walking in Berlin the days before. It felt right. And obviously it was.

3. Load control is key.
“A lot helps a lot” is an advice, which might be right and wrong at the same time. Of course, your training efforts should be ambitious and sufficient, but pushing too hard can easily cause annoying troubles and consequently stagnating training progress. I don’t know for sure what was the reason for my injury, but maybe it was also no coincidence that it happened after the first time I’ve trained four times in five days while having changed my standardized shoe set-up. We’ll never know. But the more I thought about it, also regarding other aspects in life, the more I get what Oliver Kahn recently said: “This alternation between tension and relaxation, if you don’t find that (in such a tough business like soccer or professional sports as such), you’ll quickly get into trouble.(…) You can’t always do more and go one better, you have to step back and think if there aren’t other ways to succeed or to reach the goal.” Hence, regeneration should by no means get underestimated, it’s an essential part of a good plan.

4. It’s all in your head.
To make such an achievement happen, physical fitness is required as much as mental fitness. And in my opinion, it is in particular two things which have helped me getting it all done without having substantial amounts of doubts or fear that I could fail. Firstly: if you have trained with enough discipline upfront, there is no reason not to believe you could grow beyond your previous achievements on race-day. Consequently, you should have delivered yourself the potential to do so – which of course does not mean that you have to have reached 100% beforehand. To get on a new level personally, rather trust the capabilities you’ve built up continuously throughout the preparation than confusing yourself with the lack of experience (which of course you cannot have). If you have done the 32km without any bigger issues previously, you can do the 42km for sure as well. And secondly, having the right spirit. I am not really a big fan of hip-hop music, but “Lose Yourself” from Eminem triggered something inside myself which absolutely helped me staying focused, believing in myself and making me look forward to this challenge. When walking to the starting line and hearing, probably for the hundredth time, this song with its crystal-clear lyrics (“If you had one shot or one opportunity, to seize everything you’ve ever wanted in one moment – would you capture it or just let it slip?”), I knew it’s gonna get a good day.

5. Finishing rewards all your efforts.
I, as someone who has never achieved anything comparable before, felt lots of humility upfront. 42,195km is such a long way to go. However, just referring to my experiences in Berlin, this event is so spectacular that there is no way around the being super-hyped. The exciting vibes in the starting area, the cheering people along the streets and every step you’re adding beyond of your previous training maximum – all this accumulates in the moment you’ve taken your last curve and heading straight towards the finishing line. This incredible amount of joy, relief and pride at the same time is a feeling that is absolutely mind-blowing.

6. You don’t need meat.
Often, it was (and probably still is) said, mainly from older generations: go eat this piece of meat, to get strong. Well, the last almost four years I’ve been vegetarian, I never felt weak. But of course, I was a bit curious about how I might get ahead with my rather plant-based approach during these extreme physical loads. And the quick answer against this background is quite easy: it was all fine, I never felt any deficiency symptoms or recognized any performance drops. So, more than ever, I agree with Pino Caruso, who once said: “People eat meat and think they will become as strong as an ox, forgetting that ox eats grass.” 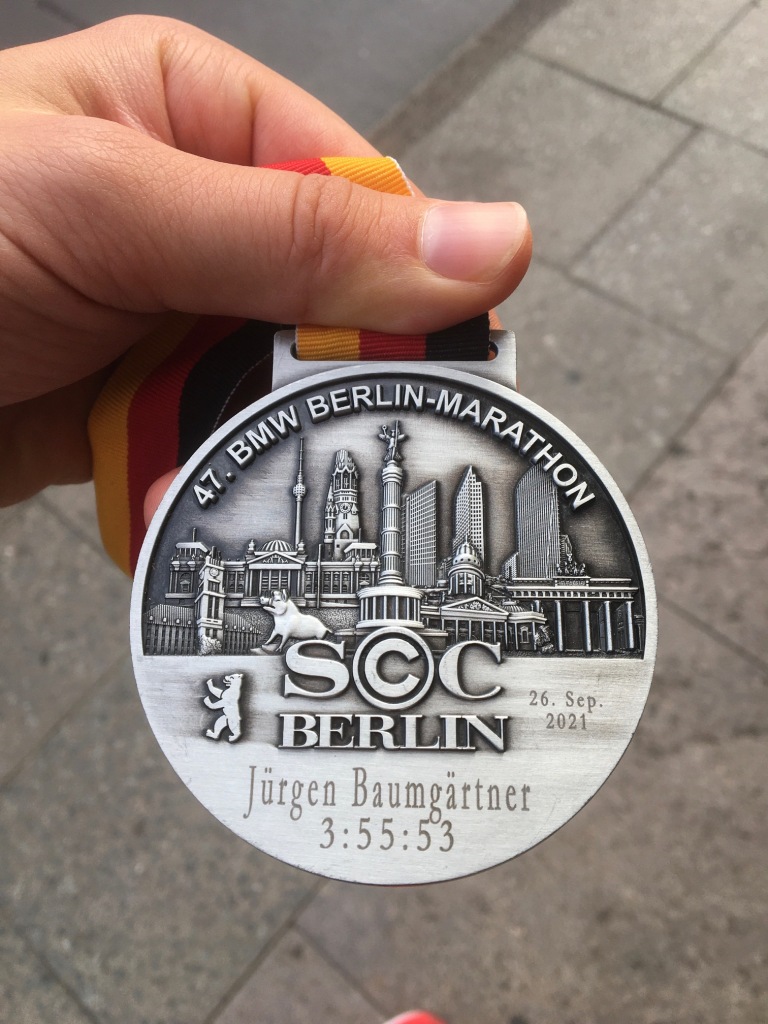